All the plants (rootstocks) are obtained by in vitro micro-propagation. They are indentical (clonal) plants free of viruses and diseases.

In vitro propagation of Cherry Rootstocks has a range of advantages such as:

Currently, we have the following clonal universal rootstocks: Empyrean, Controller and Viking. 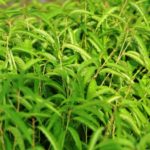 Empyrean had significantly higher yields than all other rootstocks for the Nonpareil variety.

The ability to plant smaller trees at greater density in commercial fields provides an opportunity to recover economically viable yields per unit area. The ‘HBOK 27’ rootstock can be used for dessert peach, canning peach, almond, apricot, and Japanese plum (Prunus salicina Lindl.). Compound plants with ‘HBOK 27’ rootstocks provide an opportunity for growers to develop new management practices that utilize the potential of these rootstocks to lower costs through size reduction, reduced pruning and less need for sucker control.

Origin: A complex hybrid of peach, almond, plum and apricot.

It is recommended to make large volume orders a year ahead. The prices on Universal Rootstocks are negotiable.  Please call us for further details. De Nova Agro Team is always delighted to answer your questions.